Most of our aviation industry clients are Boomers, and most of our team is Gen X, Gen Y and Millennials.

So, how do we get things done without driving everyone crazy?

It helps to know what to appreciate about each other! 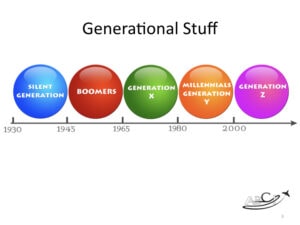 Paula Williams: Welcome to this week’s episode. We are talking today about boomers, gen X, gen Y, millennials, all of the crazy characters involved in marketing.

John Williams:   Which there’s a lot of them.

Paula Williams: Exactly. Some crazier than others, right?

This Episode Has Been Brought to You By . . .

Paula Williams: So this episode is brought to you by our Aviation Lead Generator. Our Lead Generator is where we take a CRM called Sharp Spring, which is the best CRM that we have found in the number of years we’ve been doing this for medium to small businesses, and we’ve combined that with a lot of ABCI’s most popular services, like digital marketing and things like that, to make something that is usable out of the box for most aviation companies. Right? 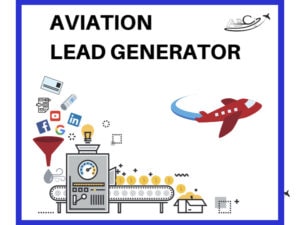 Paula Williams: So what that does is, when you buy software, often it is only as good as what you put into it. And a lot of people will buy software and only use one part of it. They’ll buy Salesforce for example, and they’ll pay thousands of dollars a month and only send emails from it, but they don’t use the rest of its capabilities, which is crazy, right?

John Williams:   Or they only have one sales guy.

Paula Williams: Or they only have one sales guy. So there’s a lot of ways that you can maximize your investment in your CRM. And we do really recommend that you do have a CRM, because it really helps you get a lot of the numbers that help you decide what’s working and what’s not.

Generations – Can’t We All Just Get Along?

Paula Williams: Right. Okay. So there’s been a lot of talk about the different generations and what they are, and why they are, and which one’s better and worse, and backwards, and sideways. Right? And everybody making fun of each other, right, on social media and so on? 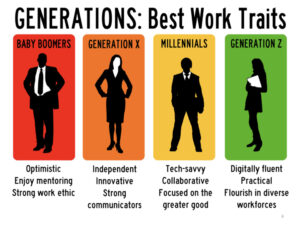 John Williams:   So after Z, what comes next? There’s no more letters in the alphabet.

Paula Williams: I know. Isn’t that kind of apocalyptic?

Paula Williams: Yeah, exactly. It’ll hopefully start over and be something a little more positive. Things have seemed to be going downhill in terms of the denigration of people and making fun of people and stuff like that.

Paula Williams: But anyway, so that’s kind of what we’re talking about when we’re talking about the different generations. And of course any time we talk about generalities, there are exceptions and everything else. But we work with all of these kinds of people. Right?

Paula Williams: We have clients across the spectrum.

John Williams:   In every group.

Paula Williams: And we have people that we work with, partners and suppliers and other folks across the spectrum, and we wanted to take just a minute to talk about how surprising it is sometimes when people work with people across these lines and end up finding out that it works really well, right?

John Williams:   Yep. They end up having lots of things in common.

John Williams:   It surprises them all.

Paula Williams: Right. Okay. So boomers are optimistic, enjoy mentoring, and have a strong work ethic. I think that describes us pretty well. Right? At least we have … We’ve really enjoyed working. In fact we record a lot of these podcasts on the weekends because we don’t have any interruptions and things like that. And that’s okay because we sometimes take time off during the week and feel like we’re playing hooky. Right?

Paula Williams: For the most part. I guess they’re kind of in between generation X and millennials, depending on where they fall. 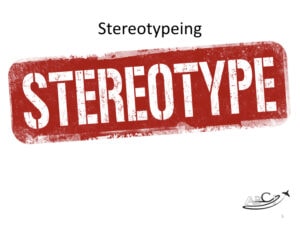 Paula Williams: Millennials are tech savvy, collaborative, focused on the greater good. We’ve got one kid that did the Peace Corps and he’s going into another thing. And he’s always involved in some service situation and brings out the best in the rest of us I think by dragging us kicking and screaming into these things, which is great. So that’s a wonderful thing.

Paula Williams: Generation Z, digitally fluent, practical. They flourish in a diverse workplace, which is a good thing because that’s the only place there is to work anymore.

Paula Williams: Exactly, right. So all of that, if you focus on the good parts, are wonderful things. But a lot of people, it’s the strangest thing because a lot of people who work with us are surprised when they find out, either by watching a podcast or by meeting us in person or whatever and stuff, that we are probably older than they think we are.

Paula Williams: So anyway, all of these things are stereotypes. And what brought this up actually this week is that I was working with a young gentleman that works with us, John Chvatal. He’s brilliant, right? And he does a lot of work on the websites that we build and other things like that.

Paula Williams: And he is always bringing up ideas, and he’s kind of driving me crazy. Right?

John Williams:   Somebody’s got to do it.

Paula Williams: Exactly. Well, it occurred to me that he has become me, right? So 20 years ago, I was working at a bank actually, very conservative organization, pushing technology. And every week they would say, “I need more information. Bring me a Harvard Business Review report on this,” you know-

John Williams:   And a Gartner Group report on that.

Paula Williams: “Bring me a Gartner Group report on that. Come see us next week and let’s talk about this again.” And it was just driving me crazy because I knew they were just stalling me. Right?

The Tortoise and the Hare 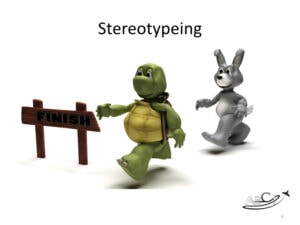 Paula Williams: And now here I am stalling John, because … But I realized that the hare has become the tortoise, right? I used to be the hare and now I’m the tortoise. And the reason-

John Williams:   And there’s a reason for that.

Paula Williams: Exactly. There has to be a tortoise for your organization, somebody that manages risk, and keep things together, and has a proven process. And we don’t do anything unless it’s an improvement on that proven process.

John Williams:   Yeah, we prove it [inaudible 00:06:56] ourselves before we actually ever mention it to a customer.

John Williams:   Or a proposed customer.

Paula Williams: So everything that he proposes, he knows he’s going to have to try with one of ABCI’s websites first before we try it with a customer’s website.

Paula Williams: And we have a process and we’re driving him crazy. Right? I’m pretty sure.

John Williams:   They’re still with us, so. 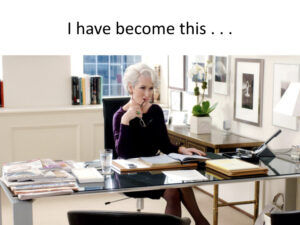 Paula Williams: For now. So yeah, we’ll see how that goes. But yeah, so I have become Miranda from The Devil Wears Prada. Right? And I know that I’ve taken that role with some folks, and I totally get that. And I am embracing my inner Miranda Priestly.

John Williams:   Yeah. Well, I recall once upon a time when you went to a lady who was in charge of a lot of stuff at a bank.

John Williams:   And told her what you had in mind. She said, “Well, that’s not interesting to me.”

Paula Williams: Exactly. I was so floored. I’m like, “How could you not be interested in this?” But what she was saying was, “You’re going to have to make this relevant to me. You’re going to have to take this conversation and make it worth my time.” And she was a really tough boss. But she was great for me because at that time I was just running off at the mouth and thinking all of this stuff is really cool. What I needed to do was break it down to, “Here’s what we need to do, and why. And this is why you care.”.

John Williams:   So what’s you’re saying is this was a growth process for you.

Paula Williams: This was a growth process for me. I had to put myself in her shoes, and say, “Why will she be interested in this? And why should … How do I sell this idea to her?” And now I’m making John do the same thing with me. And it kind of makes me nuts, but it just occurred to me, I have become that person. Right?

John Williams:   But there’s a reason for that.

Paula Williams: There is a reason for that. And I just also wanted to give a quick shout out to Rick Mead, Diane Wynn, all of the people that I’ve driven crazy over the years, because they had the patience to get me through it and everything else.

Paula Williams: And I know the young people bring the ideas, the energy, the fabulous changes, and other things that we need to do. And the older folks, like ourselves, tend to manage the risk and, make things stable, and make sure that everything is an improvement, and make sure that everything is back out-able if it turns out to not be quite such a fabulous idea as it sounded on the surface. Right?

John Williams:   CEO of Intel I think way back when, said “This is a “Ten X” growth opportunity,” for you.

Paula Williams: Yeah. But you’ve done that too, haven’t you? You know, you’ve-

Paula Williams: … have taken a few risks and had your boss have your back.

John Williams:   Oh yeah. Yeah. In fact, after one particular project, I told her what’s going on, she said, “That was not without risk.”

Paula Williams: But you told her after the fact.

Can’t We All Just Get Along?

Paula Williams: Exactly. But see, it would make me absolutely apoplectic if somebody did that in our environment. So I totally understand the need for control a whole lot more than I used to. 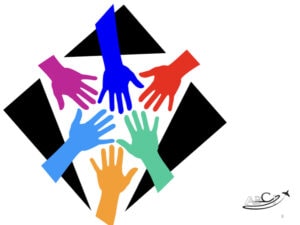 Paula Williams: All right, so not to sound too kumbaya about the whole thing, but it really does take all kinds, right?

John Williams:   But why?

Paula Williams: But why does it take all kinds? Everybody should agree with me. It really does take all kinds. And I would really love to see more of that appreciation for each other and stuff like that on the web and on social media and everything else. And, just, jeez, we’re up to here with the … This next generation’s going to kill us all. I’m sure they’ve been thinking that since the beginning of time. Kids these days. Get off my lawn.

Paula Williams: Thus far. So we just need to appreciate each other. So that’s what this episode is about. And we really appreciate the folks that we work with, our clients on all ends of the spectrum, and also our suppliers and people that we work with, and partners at all ends of the spectrum. And thank you for being there, and thank you for your patience [crosstalk 00:11:15].

John Williams:   Keep smiling. Have a good time. We’ll see you next time. 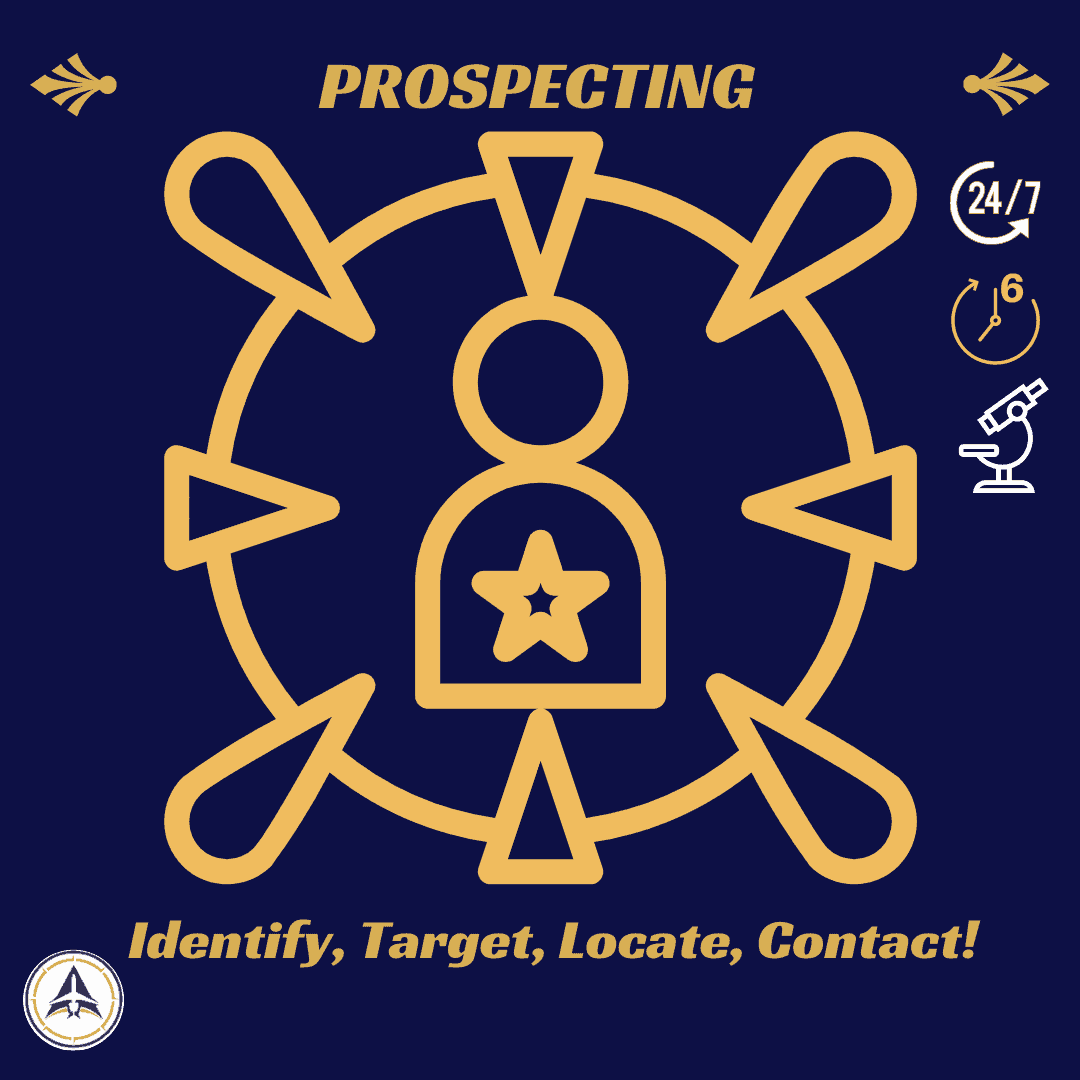