In Praise of Aviation Geeks 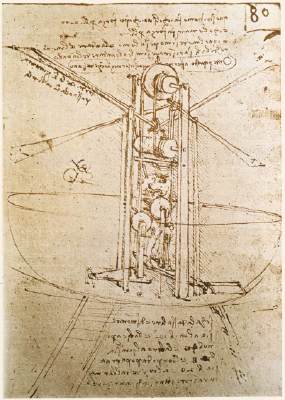 Leonardo Da Vinci - one of the first aviation geeks.

I love aviation geeks.  I even married one.

My husband John is a helicopter pilot.  He also fixes things rather than buying new ones.  Actually, sometimes he buys new ones and fixes the old things anyway.   As an example, when the little shift motor that changes my truck from 2-wheel-drive to 4-wheel-drive broke, we went to our neighborhood mechanic, who replaced the part.  My husband asked for the old part, which is a is a small electric motor about the size of an aerosol can.    He cleaned it, repaired it, and put in a Ziplock bag in the cab of my truck together with a set of appropriate tools and gloves so that I can easily replace it if it ever goes out again.

This satisfies three of his basic motivations that all aviation geeks share:

John probably inherited these traits from his Dad, (also a pilot!) who fixed a sticky door hinge at a Taco Bell last time we went there for lunch.  Neither one of them can walk by a problem without feeling compelled to fix it.

Where would aviation be without those passionate, resourceful people
whose neighbors think they’re really weird?

These people love the satisfaction of having taken something broken or useless, fixing, it,  and placing it into service.  Especially when that service involves an object that gets them off the ground, or makes the process of flight easier or safer.

There’s the obvious example of a couple of bicycle mechanics from Kitty Hawk.  Their neighbors must have been about to have them sent off to the loony bin before they killed themselves in crazy experiments.

I was listening to a podcast I’d just discovered – the aptly named Airplane Geeks. One episode included Dick Knapinski, the Media and Public Relations Director for the Experimental Aircraft Association talking about this year’s AirVenture in OshKosh.

Knapinski described how this year, as every year (the economy made no perceptible difference)  a group of volunteers put together a decent-sized, fully functional  city for the throngs of attendants. He called AirVenture aviation’s “family reunion.” He said that “describing OshKosh to someone who hasn’t been there is like taking a handful of dirt and trying to explain life on Earth.”

The AirVenture event creates this complete, temporary community from vacant space that includes campgrounds, parking lots, grocery stores, first aid stations and bathrooms.  They have an engineering department that worked for three years to accommodate an Airbus A380 in the allowable space. (Again, throwing passion and resources into solving problems and making sure everyone has a good experience.)  Commentator Robert Mark (of JetWhine) said he had been amazed about how clean and orderly the OshKosh event was – people see litter laying on the ground and they pick it up.  Everybody takes part and everybody helps out.  Everybody takes ownership to do what’s needed, fix whatever problems arise, and everybody contributes to a great experience for everyone else.

I work as a marketing consultant in the aviation industry, and these same “geeky” traits are what I love about some of my favorite clients.

The passion and resourcefulness and the drive to make things easier for others also drove Jon and Paula  Woellhaf of Summit Aviation. Jon had become frustrated as a private pilot student with the awkwardness of the existing published format of the FAA publications.  (The FAR AIM, plus all the other regulations pertaining to aviation – Air Commerce, FCC, HAZMAT and TSA)  The Woellhafs digitized these documents and added others – the Advisory Circulars and Airworthiness Directives, FAA Orders and Forms, Legal Interpretations, added a Folio system for searching, bookmarking and customizing collections, and began publishing what became the Aviation Digital Reference Library, saving thousands of future aviation students, enthusiasts  and professionals millions of research hours.  When the volume got too big for floppy disks, they went to CDs. Then they started distributing DVDs.  Their product includes subscriptions that update as often as every other week.  The Woellhafs listen to the many happy subscribers who make suggestions, and each updated volume adds more publications and improves on the last. Joshua Weinshank, the Director of Operations for Xtra Airways and a Summit subscriber, describes the product this way:  “Even the FAA salivates when they see how fast we can do research! “

And then there’s Tom Nery, a mechanical engineer by trade who realized his dream of learning to fly and getting his private and instrument rating.   He had a harrowing experience of nearly busting a TFR near the end of one of his inaugural IFR flights with his first passenger (his Dad) aboard.  He’d forgotten to check for NOTAMs.  Nery decided that it should be easier for pilots to get NOTAMs, weather, and other alert information before, during and after a flight, so he developed the PilotGEEK briefer, which provides updates on demand to pilots via cell phone or computer.  He’s  also listened to subscriber suggestions and added features to make things easier – he’s added an ADDS portal, CSC DUATs, and an AOPA portal, as well as a popular “find closest airport” feature. Michael, a grateful subscriber, told Nery “Thank you for creating such a valuable and professionally delivered service. I use PilotGEEK every time I fly and especially during flight planning. I’ve been a subscriber for two years and have come to value the product more as my flying experience increases. The product clearly demonstrates that a software savvy pilot built it.”

I am amazed by the ingenuity and effort behind each of these examples.

All of these people obviously love aviation and they care about people. They apparently can’t stand to walk by a problem without feeling compelled to throw their passion and resourcefulness into solving it.

I love working in aviation. People ask me if I think it’s wise to work in this industry during the current economic downturn.  Aviation is pretty obviously expensive, and it has taken a bit more of a beating than most industries.

But in this economy, as in any problem, my money’s on the aviation geeks.