The Future of Magazines and What It Means for Aviation Marketing 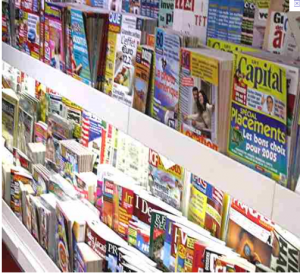 Are ads in aviation magazines still a good value?

On a recent Diane Rehm show on NPR, Diane and guests lamented the fact that hundreds of periodicals folded this year, bastion Newsweek was sold for one dollar in exchange for millions in debt.

If you haven’t heard the news, Newsweek’s owner, The Washington Post Company, agreed to sell the magazine to Sidney Harman, the billionaire founder of audio equipment maker Harman International Industries.

Diane’s guests, Cathie Black of Hearst and Justin Smith of Atlantic Media (together with Harman) all indicated that all the magazines that are remaining successful were adapting by changing to a hybrid of print and online content . They marry the credibility and cachet of a magazine “brand” with the immediacy and rich media of the Internet. And to many, that means a blog.

In the aviation industry, we’ve seen the best magazines in the business going this direction for quite some time. Benét Wilson of Aviation Week is well-known for her tweets and blog posts on Business Aviation News and Notes. and Brad McAllister of Airport Business is also an avid blogger and social media participant in the Airport Business Interactive Blogs. And of course, there’s Forbes Magazine’s Business Aviation Blog Wheels Up.

So what does this mean to an industry that has traditionally relied on printed publications for marketing?

So, what’s an aviation company to do?

There are still two very good reasons to advertise in publications.

First is associating your brand or product with the reputation of the magazine. The second is to reach their list.

We love magazines.  I enjoy the variety at airport newsstands, I love the experience of curling up on the couch with a magazine (I know they say you can curl up with a Kindle or an iPad but I’m just not there yet!) and of course, I love carrying printed magazines on airplanes.  I hope they stay as vital as they’ve always been.

That said, when it comes to spending marketing money, we can’t afford emotional decisions!

Do you feel that magazines are evolving? Do you still advertise in them? Leave a comment and let us know!