We attended the retirement party of a good friend this weekend. He is retiring as an Army Reserve Colonel – and a good one. This is a man with four campaign ribbons and a bronze star. John was very proud to have worked with him.

And one of the reasons he was so effective was because of the stories he told.

It occurred to me that the “latest” marketing technique known as “content marketing” is really just another term for the time-honored tradition of great storytelling!

You might think the U.S. Army is not the best place for storytelling – soldiers are not known for their proclivity to sit still and listen to stories.

And yet, as this Colonel was presented with a beautiful plaque made by his family and friends, it occurred to me that the U.S. military is much more effective BECAUSE of the stories these men share.

The plaque that was presented included photos and words from several of the most important stories that influence the character of a military officer. Our friend remarked on the meaning of each of these stories to him: 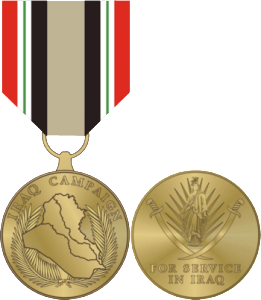 To remember the good that was done, and the men he’d personally supported and fought with.

The Battle of Little Round Top – 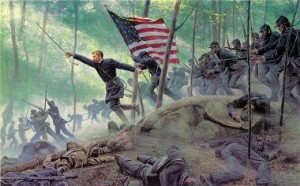 Considered by some to be the turning point of the American Civil War.  Because sometimes individual acts of courage change history.

The Battle of Thermopylae –

Battle of the Brave-George Mamos

Where a group of 300 Spartans defended a pass against thousands.  Because sometimes you can do amazing things when the odds are against you.

The Alamo and the Battle of the Little Bighorn – 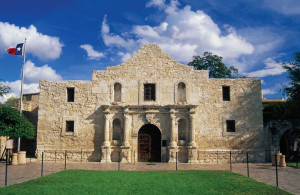 Because sometimes we lose, but it’s important to stand together anyway. 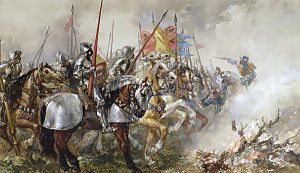 King Henry V at the Battle of Agincourt, 1415, by Sir John Gilbert.

From this day to the ending of the world,
But we in it shall be remember’d;
We few, we happy few, we band of brothers;
For he to-day that sheds his blood with me
Shall be my brother; be he ne’er so vile,
This day shall gentle his condition:
And gentlemen in England now a-bed
Shall think themselves accursed they were not here,
And hold their manhoods cheap whiles any speaks
That fought with us upon Saint Crispin’s day. 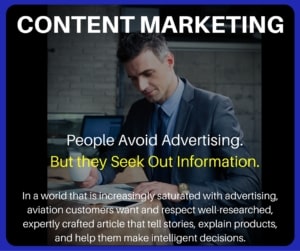 All of these stories are so very well known by U.S. military officers that just their names evoke a lot of emotion.

But smaller, more trivial stories may have a bigger impact on the day to day individual successes.

Our Colonel told a story about one of his first days in a combat situation when he was four minutes late.  His commanding officer, a short, muscular Hawaiian fellow, was one of those people who turns bright red when he’s angry.  He hit the young officer with his helmet and knocked him into a ditch and continued to yell at him.  He told the story with such rich, humorous detail that everyone in the room was laughing. He never forgot the importance of being on time, and imparted this story often to his own soldiers.

I know that many of the young officers in the room were making note of the story so that they could tell it to their own soldiers.   They don’t have to knock their subordinates into a ditch with a helmet – they can simply tell the story and probably achieve the same effect.

The point of all this – when you need to persuade someone of something, often, the most effective ways is not with raised voices or exhortations or swinging your helmet at people.

Often, the most compelling thing you can do is to simply tell a great story.

One final note- he had some advice when meeting a military veteran – rather than simply saying “thank you for your service,” ask them about where and when they served.

To truly show respect to a veteran, (or, actually, to any other person) give them an opportunity to tell YOU their story!} else {..