Key features of the site include an updated design, better indexing and  search engine visibility for aircraft under contract, a cleaner interface, and a blog.

“We strongly believe that representing our clients’ interests in the sale of aircraft includes using the latest and best marketing tools. And we’ve found ABCI to be an ideal partner to provide these marketing services.” said Gene Clow, Owner, Great Circle Aircraft.

“We enjoy working with smart, forward-thinking clients that care deeply about their customers’ experiences.” said Paula Williams of ABCI.  “Gene has been a fantastic client and partner in developing these materials.” 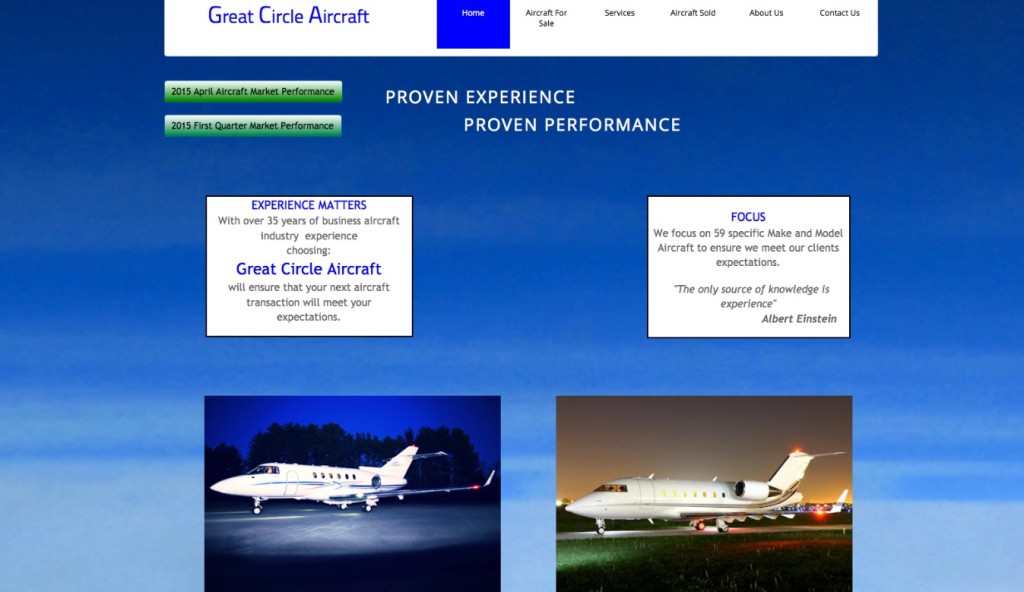 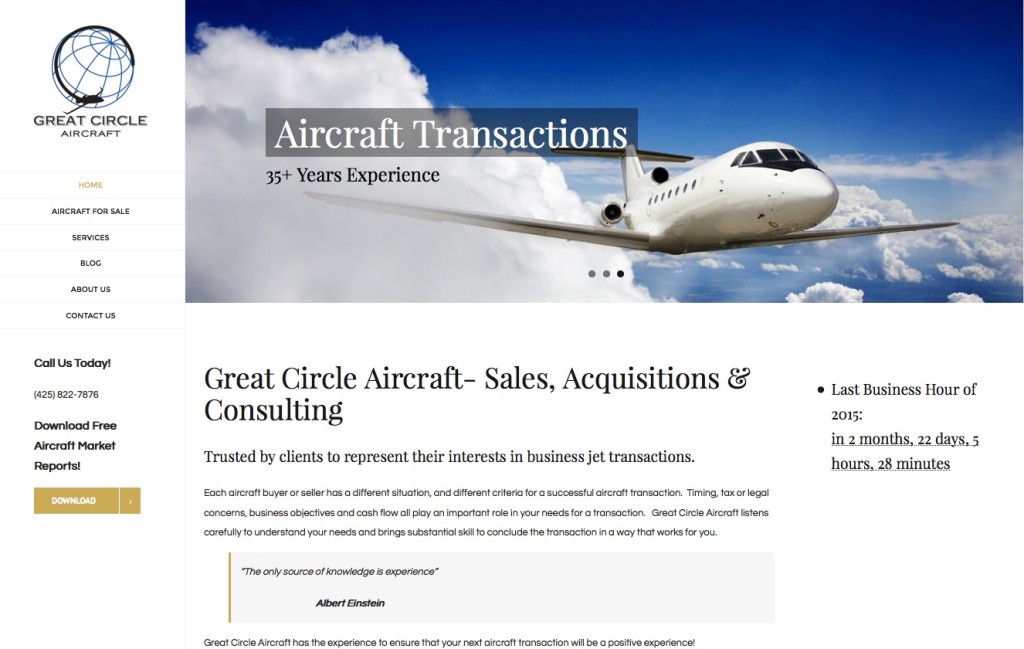 Visit the new site at http://www.GcAircraft.com

While in the office on May 25, 2004 he realized that he had been a part of General/Corporate Aviation for 30 years. With a desire to “give back” something to the industry he began investigating which organization he would volunteer with that would encourage young people to become aircraft mechanics. Realizing that a shortage of mechanics will occur before the often talked of looming pilot shortage.   After several hours of exploration he learned that of the alphabet organizations (such as: NATA, PAMA, NBAA etc) not a single one had nor were interested in promoting a future of becoming an aircraft mechanic.

The reality is – the most expensive aircraft that you will ever own is the one you can’t fly.

In late 2004, the NBAA asked if he would be interested in refounding the defunct Pacific Northwest Business Aircraft Association (PNBAA).   He is the Co-Founder of the current PNBAA, which has become a very successful organization for the local business aviation community. The National Business Aviation Association (NBAA) recognized his dedication to starting the PNBAA with the Silk Scarf Award presented September 2008.

Prior to these activities he flew Chinook Helicopters for the US Army, then worked Line Service at Western Skyways – Troutdale, OR while finishing his degree in Business Administration/Accounting at Portland State University.

Today, for leisure time activities he enjoys; motorcycle trips on his Harley Davidson Ultra Limited, scuba diving (in warm water, which precludes Seattle diving,) fly fishing in his favorite haunts of Madison River in MT, the Lochsa Clearwater Rivers in ID, the Yakima River and Snoqualmie River in Washington. Of course, he also enjoys travel and flying. 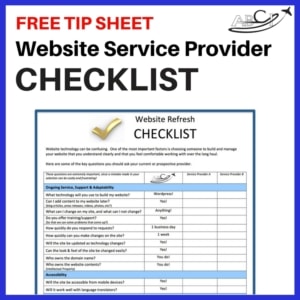 Want to evaluate your own website and/or service provider?

Other articles about Aviation Web Design:

The Best Aviation Websites for Marketing

How to Get Attention on the Web

What Do You Think of the Free or Cheap Website Builders like Weebly, Wix, 1and1MyWebsite, and others?