The following is a very short excerpt from our latest Marketing Master Class on The Great Sales Presentation.

It is a very common sales mistake to expect too much from a sales presentation. Eager salespeople ask for the sale, or try to “get their foot in the door” to provide a full-blown sales presentation to a captive audience before spending the time to develop a sufficient level of rapport and interest. 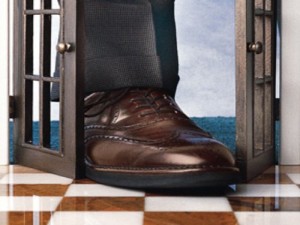 Skilled salespeople don’t put their foot in the door, they build trust and earn an invitation.

As an example, at a networking event several years ago while I was working for a financial institution, an overanxious software salesperson rattled off a list of facts that he obviously thought was fascinating.  I didn’t see how they were relevant to my current situation.  Without much interaction from me, he rather obviously hinted that he expected me to make an introduction to my boss.

Turning him down (and extricating myself from his company) was awkward. Of course, making the introduction at that time would have been even more awkward and inappropriate, since the salesperson obviously didn’t know or care much about me, or my boss, or even what our department or even our company actually did.  He made an assumption from my name tag, was in a hurry to make a sale,  tried to shortcut the process, and consequently burned a potential lead, or at least a potential referral source.

Had this salesperson asked a few questions, established some rapport, based his “elevator speech” on relevant benefits (not just jargon-filled features of questionable relevance) he would have spent an equal amount of time making the acquaintance of a colleague and perhaps even an ally if we’d found common objectives. Instead, he added another person to the (probably long) list of people who would avoid him at future networking events!

We see a variation on this theme at pretty much every Aviation trade show we attend – salespeople in the exhibitors’ booths tend to be passive-aggressive. Either they do nothing (and bury their faces in their electronic devices and avoid eye contact with passers by) or they anxiously and awkwardly try to shortcut the process before trust and rapport are established.

An often overlooked axiom – if you make a prospect uncomfortable, he’s less likely to buy from you.

Another axiom – if you’re uncomfortable with what you’re asking, your prospect probably is, too!

For long-cycle, large-ticket sales, it’s ideal to work down this list, approximately in the order of steps listed.  Practice each step with a colleague until you’re comfortable with the general ideas, signals and wording you’ll use.

While there is not a direct one-to-one correlation between these steps, you can roughly expect steps at the top of the list are most appropriate for early in the relationship when there is less commitment on both sides. Steps further down the list are most appropriate later in the relationship after there is more commitment on both sides.

Judging when it’s appropriate to move to the next step is more art than science.  Experienced salespeople who are able to “read” a client’s signals better can move forward more confidently.   Newer salespeople should move more carefully through these steps.

Just as important as moving forward at the right speed – it’s also wrong to backtrack.  Asking for too little ruins your credibility and the prospect’s confidence in the process.  If you’ve already delivered a formal sales presentation, don’t offer to to follow up with another informal meeting or send another generic brochure.  Ask specifically what’s needed to move forward with the purchase decision (one way or the other.) 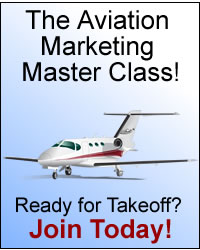 Join our Marketing Master Class before the end of April and we’ll send you a CD recording of this webinar and the printed workbook for this topic; as well as all future  invitations, workbooks, Master Mind groups, and even customized in-person on-site training based on the level you choose.

We focus on factors that really make a difference to your revenues:

Already a member of the Master Class? Refer a friend and receive a 30-day upgrade!
(From your current level to the next – i.e. Bronze to Silver, Silver to Gold etc.)