Skip to content
Home|Aviation Marketing, FBO Marketing|Personal Branding, or “How to Be A Rock Star.”
Previous Next

Personal Branding, or “How to Be A Rock Star.”

When we create powerful marketing systems for aviation companies, we often look for “rock stars” in the companies we work with. People with great “personal branding.”

We’re all familiar with the “rock stars” of the aviation industry – the Richard Bransons, Elon Musks, Lynn Tiltons and Herb Kellehers – larger than life personalities whose personal brand propel the company into conversation in hangars, FBOs, and aviation conventions. 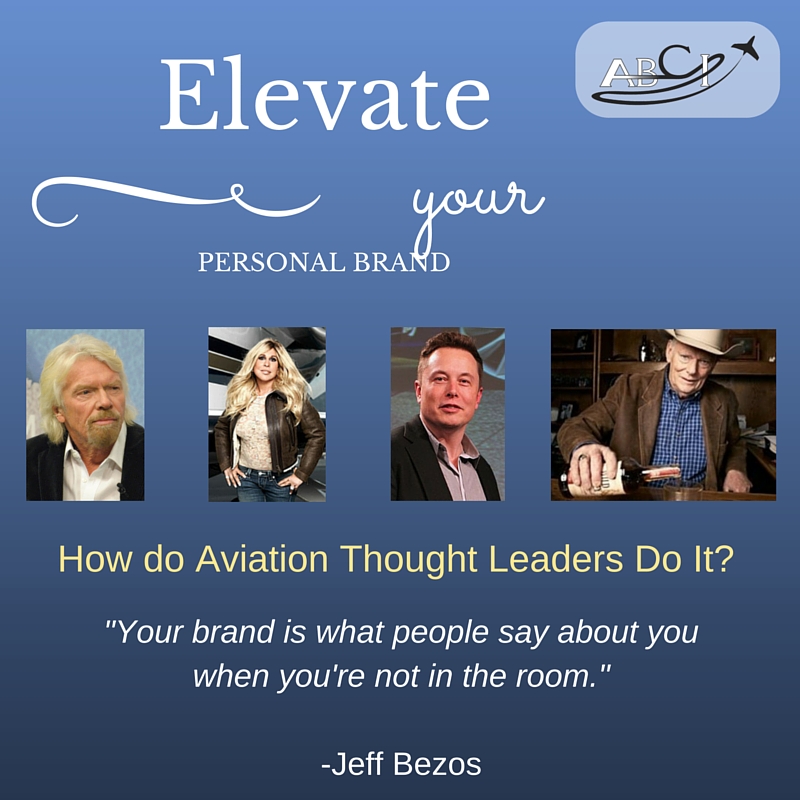 But not all rock stars are CEOs. And not all are at large companies. And not all are widespread household names. They may only be famous among a very narrow subset of the industry. Personal branding for you might mean something entirely different – in fact that’s the whole point.

Some are in sales or customer service. Some are entrepreneurs or solopreneurs – doctors, lawyers and insurance people. But in very specific niches and industries, one or two names come to mind of the rock stars or influences in those areas.

The superpowers  of a person with great personal branding include:

They seem to do all of these things with greater ease than “average” people. How do they do it?

They didn’t just wake up one morning famous and influential.

These people have put significant thought and effort into the way that they present themselves and their message.

And most of them had help from marketing and branding professionals.

But, there is a method to this. You don’t have to be a genius. (In fact, real live “rocket scientists” seem to have more trouble with this because it seems too simple to be effective.)

The opposite of personal branding – An uncrafted message.

Before we outline the process, I’d like to illustrate the opposite of what we’re talking about with a short story (about a long story!)

When my son was very young, my good friend took him, along with her own children, to a movie. I don’t remember which movie it was, but it was an action-packed Disney (or Disney-like) movie for kids.

The next day, my son and I were working in the garden and I asked him to tell me about the movie.

“It was great!” he exclaimed, in typical four-year-old fashion, and proceeded to tell me the entire story.

There was much backtracking as he filled in gaps in the narrative.

There were also repeats of the highlights as he told me about them in several different ways with different dramatic gestures and sound-effects.

It was incredibly entertaining to both of us as we pulled weeds and picked vegetables.

When I looked at my watch as I pulled off my gardening gloves, I realized he’d spent about four hours telling me about a movie that had lasted less than two hours.

Uncrafted Messages in the World of Grown Ups

You may have employees or co-workers who communicate haphazardly as well.

The artless enthusiasm of a four-year-old is charming. The undisciplined communication of an adult, particularly in a professional environment is, well, something less than charming.

Most interactions among businesspeople happen very quickly. We don’t get four hours to tell our story.

Carol Kinsey Gorman reported in Forbes magazine that it’s really only seven seconds, but let’s agree that it’s a very narrow window to make a first impression or convey the gist of a message before the people you’re talking to come to a very difficult-to-change conclusion about what you’re saying.

Is this the way it should be? Isn’t this terribly shallow?

We can argue about whether it’s right or fair, or we can spend that energy using what we know, and become a master of the sound bite and the visual image. 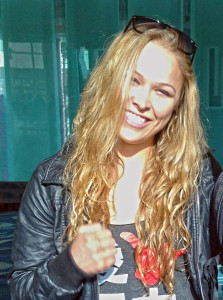 This incredibly concise and powerful effectiveness comes from hours of training.

Outside the ring, Rousey’s personal branding has landed her roles in movies in the Fast and Furious and the Expendables franchises, and she is a frequent guest on talk shows. She’s famous for her fearless gaze, and for quick-witted trash-talking with the likes of Floyd Mayweather.

Yet, as a child, she was “painfully shy” and needed speech therapy.

It took an equal amount of dedication and training to craft her personal brand. She mentioned in an interview on NPR:

“I was painfully shy for a long time,” she says. “I mean, that’s something I really had to work my way out of. And I really think it was because, after the 2008 Olympics, I spent a whole year bartending. It was the one thing that really forced me to be just not so scared to start conversations with strangers.”

She recounts how she decided to create a “superhero version of myself” to go into stressful situations.

Was this arrogant? Was this dishonest?

Not when you can back it up with a thirty-four second takedown.

It’s simply crafting the communication to match the “product.”

Hence, our work with personal branding.

“Any Representation Is a Distortion” 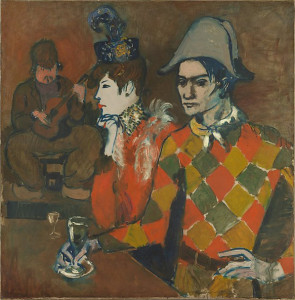 There is a story about a man who ended up sitting next to the great artist Pablo Picasso in the first class cabin of a train in Spain. (Paraphrased from Seth Rodin’s excellent book Linchpin.)

The man collected his courage and asked him, “Señor Picasso, you are great artist, and yet your art, like all modern art, is so screwed up! Why don’t you paint reality instead of distortions?”

Picasso asked the man, “What do you think reality looks like?”

The man pulled a photograph of his wife out of his wallet.

Picasso takes the photograph in his hand, looks at it and grins. “Really? She is very small. And flat, too!”

Creating a Representation that Fits in the Frame

Whether or not you enjoy modern art (I’m not a fan, personally) you have to admit that Picasso had a point. The man on the train couldn’t possibly fit his wife into his wallet.   So, while “the truth, the whole truth, and nothing but the truth” is a nice ideal, it doesn’t always fit into the constraints that situations thrust upon us. So a photograph is a nice “shorthand” that reminds the man of his wife and gives him a symbol to think about and to communicate about her.

So, personal branding, like any great art, is simply communicating an idea in the most effective possible way, given the frame you have.

When you have four hours on a Saturday afternoon, a disjointed recounting of a story is fine. 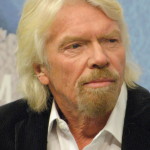 When you have seven seconds, fifteen, or thirty-four, as Ronda Rousy often has; you need to be a lot more deliberate and you had better have done your homework.

How Can You Be a Rock Star?

There is a method. And it can be taught.

We always begin with an assessment.   We can’t possibly give good advice until we evaluate what your objectives are, what’s going well for you, and what isn’t serving you as well as it could, or should!

Click here to get started with our Personal Branding package  today. 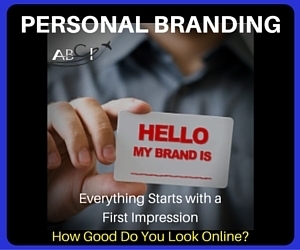 Our standard package can be done by phone and GoToMeeting from anywhere in the world.

Prefer to do a Personal Brand Assessment in person?

Schedule a day to meet with us in Salt Lake City, or we can come to you. Travel and additional fees may apply. Call 702-987-1679 and let’s discuss your detailed requirements...