Why Aviation Marketing? The Origin of ABCI’s Obsession

Although we have written about this before, we’re asked all the time. Why aviation marketing?

Of all the crazy things you could be doing, why Aviation? And why Marketing? And why do you care so much about your clients having full pipelines?

Knowing where someone comes from is a big part of understanding their motivation, so we love sharing origin stories!

So, we share our reasons (and the background behind them) for these questions:

Watch or Listen to This Episode: 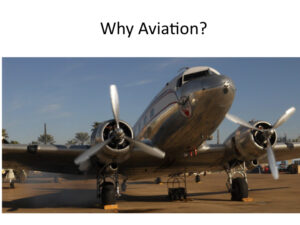 For John, aviation was never really a choice.

Frontier Airlines was putting in a new service in Glendive Montana when he was seven years old.

He had the opportunity to sit up front with the pilot.

He was pretty much ruined for any other job since that time. Pretty much every dime he made as a kid went toward flight training and flight time.

Like many kids in his town, he did odd jobs, working on his grandparents’ farm, and washing airplanes and fixing radios at the local airfield

Personally, My love of aviation is more recent. I have always loved to travel.

But I had never considered the possibility of sitting in the front office of an airplane until I was in my 30s. 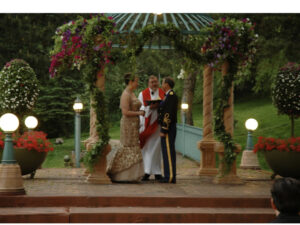 When John and I got married in 2006, aviation was obviously part of the deal (and to be honest, part of the infatuation!) since it was such a big part of who John is.

He’s methodical and disciplined and checklist-y.

And he doesn’t think anything is too crazy or impossible. Some things just requires planning to do crazy things in the safest possible way.

I like this aspect of his personality. He brings that mindset to skiing, scuba diving, international adventures, motorcycle trips, and any of the other things we do.

And of course, it rubbed off on me, and I had to get my Private Pilot Rating soon after.

We bought a Cessna 172 (November 6208 Charlie) and flew it home from the Cessna Factory.

(Actually, John picked it up and I met him halfway to Salt Lake, but more on that later.)

So, we leased the plane to a flight school. I flew it as much and as often as my schedule would allow.

We LOVED that plane!

As it turned out, we later had to sell the plane to finance our company. But, I’m getting ahead of the story. . . 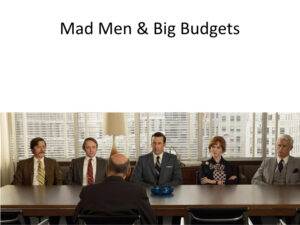 I started marketing early in my career- although trained as a journalist in my undergraduate degree and as an educator for my Master’s, I’ve always found myself drawn to marketing strategy.

is where things happen – nothing happens till somebody sells something, and marketing is the solution to nearly any problem.

Working with large companies, there are some interesting nuances.

The good part is that we had almost unlimited budgets. The bad part is that almost everything needs to be approved by a board or committee. An imposing group of people mostly men, at that time!) in suits sitting around a mahogany table.

Of course, I needed a creative outlet! 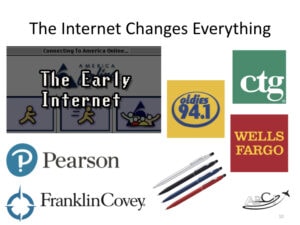 And then of course, the Internet changed everything.

The companies I worked with wanted to get onboard. They also wanted to maintain the “mahogany boardroom” level of control.

John and I worked for many Fortune 50 companies, plus some smaller companies. And we learned a TON about business, and sales.

And about corporate culture.

I held the same job for more than seven years. But during that time I received paychecks from four different companies. Simply because of mergers and acquisitions. 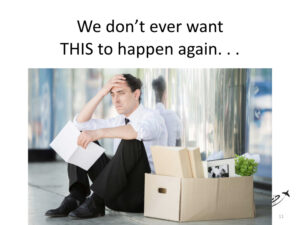 John and both found ourselves pawns in several different corporate situations.

And in some cases, found that the agreement between ourselves and our employer went out the window.

In one notable example, I took a job with a company after agreeing that I would be taking some vacation time to pick up our new Skyhawk at the factory!

The Cessna factory offered two potential delivery dates. I let my employer choose the later one because it was more convenient for THEIR schedule.

As Murphy’s Law would dictate, there was a merger. Right between the time I began my employment and the time our plane was completed. So when it was time to pick up the Skyhawk at the factory, my new employer denied my vacation request. (You know, the one that had previously been approved? Yeah, that one!)

After some heated words, we split the difference. I flew to Kansas City and John and I flew the new Skyhawk the rest of the way home.

I was unwilling to give up this experience of a lifetime, but my employer was clearly not pleased. Actually, neither of of us was pleased with this “compromise.” It was the beginning of the end. My negotiated time off for flight training was similarly derailed. I had several large gaps in my training which cost a LOT of time and money.

My performance reviews had always been stellar, but this one notably wasn’t. It included several choice phrases like “puts own needs before the those of the team,” and “not as committed as we’d like.” 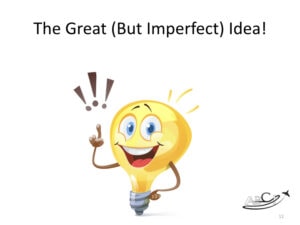 There’s Gotta Be A Better Way

John and I had a recurring conversation topic – How can we have a normal degree of control over our lives? How can we keep our capricious bosses (or their bosses’ bosses) from throwing wrenches in our (often aviation related) plans?

We should be able to do what we do best, for companies that are small enough for their employees to behave like human beings. They are able (and expected to) make and keep reasonable agreements.

The answer was obviously to create a top-tier aviation marketing consulting company, and offer our marketing and business consulting services to clients in the aviation industry. These were people that need our help to sell more of their products and services. 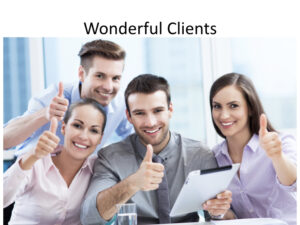 And we got wonderful clients!

We enjoyed life 1000 times more. But it wasn’t always sunshine and roses.

So, In the first few years in our aviation marketing business, we were so excited to get ANY new client.

If they were involved with aviation and needed any kind of marketing done, and they had a pulse – we were all over it.

So, we bent way over backwards. We landed a large contract with a shrewd negotiator. We were going to work for this big, prestigious new client. This one contract was going to amount to more than 50% of our revenue for that year.

This was the biggest one we had ever had!

We were SO EXCITED!

We bought some new equipment and new software and hired some people to help.

It was going to be AWESOME. 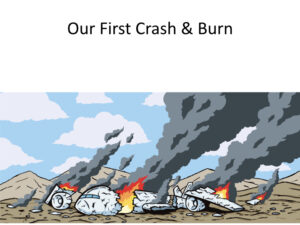 This client started getting really controlling and micromanaging, and he eventually started bullying our team members .

And demanding a bunch of additional work that was beyond the scope of what we agreed to.

What happened next was completely unbelievable in my experience.

We got a call from our photographer. He said that the client had locked up some very expensive lighting equipment in a storage room. He was holding it until the situation was resolved.

When we heard this, we dropped everything. We drove a couple hundred miles to show up in his office the next day. (I wish I could say we hopped in our G VI and flew out there, but we weren’t there yet. Still aren’t, but that’s the goal, right?)

So the client wasn’t there, which was kind of anticlimactic. I’d been rehearsing what I was going to say To him for the last couple hundred miles. But one of the managers got the client on the phone and we negotiated an end to the contract, right then and there.

We refunded some of the money because we have a satisfaction guarantee and we wanted to honor it.

So It was like one of those modern-day Mexican Standoff drug deals in the movies. You know, where the money disappears from this iPad over here and shows up on that iPad over there while we’re all glaring at each other.

So, at the end of the standoff, we drove away with our photographer’s equipment.

And we all lived happily ever after!

It was scary to give back that chunk of money after all the expenses we’d run up. But we did it and everybody got paid and we were the only ones who suffered a financial hit. 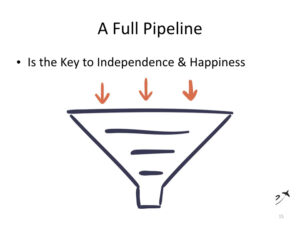 So, the point of this story, and what I learned from it, and hope that everyone in this room has the opportunity to come out of this unscathed. Or at least less scathed than we were, right?

So, three things I learned from this: 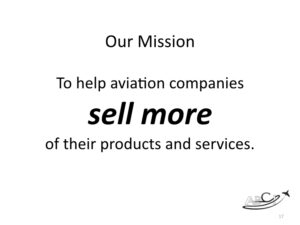 And therefore, things we want for our clients!

And now you know the answer – “Why aviation marketing? Are you guys CRAZY?”

Why, yes we are! Thanks for asking!

This episode has been brought to you by our aviation marketing Lab!

If you haven’t checked out our Aviation Marketing Lab lately, you may be surprised at some of the high quality technology and service additions we’ve made.

John and I worked long and hard to put together a set of tools and services most likely to help a small to medium-sized aviation company succeed. We help them reach their sales goals and marketing campaigns. We use our economies of scale to bring some powerful technologies and skilled professionals together to help you at a fraction of the cost of acquiring the use of these things on your own. 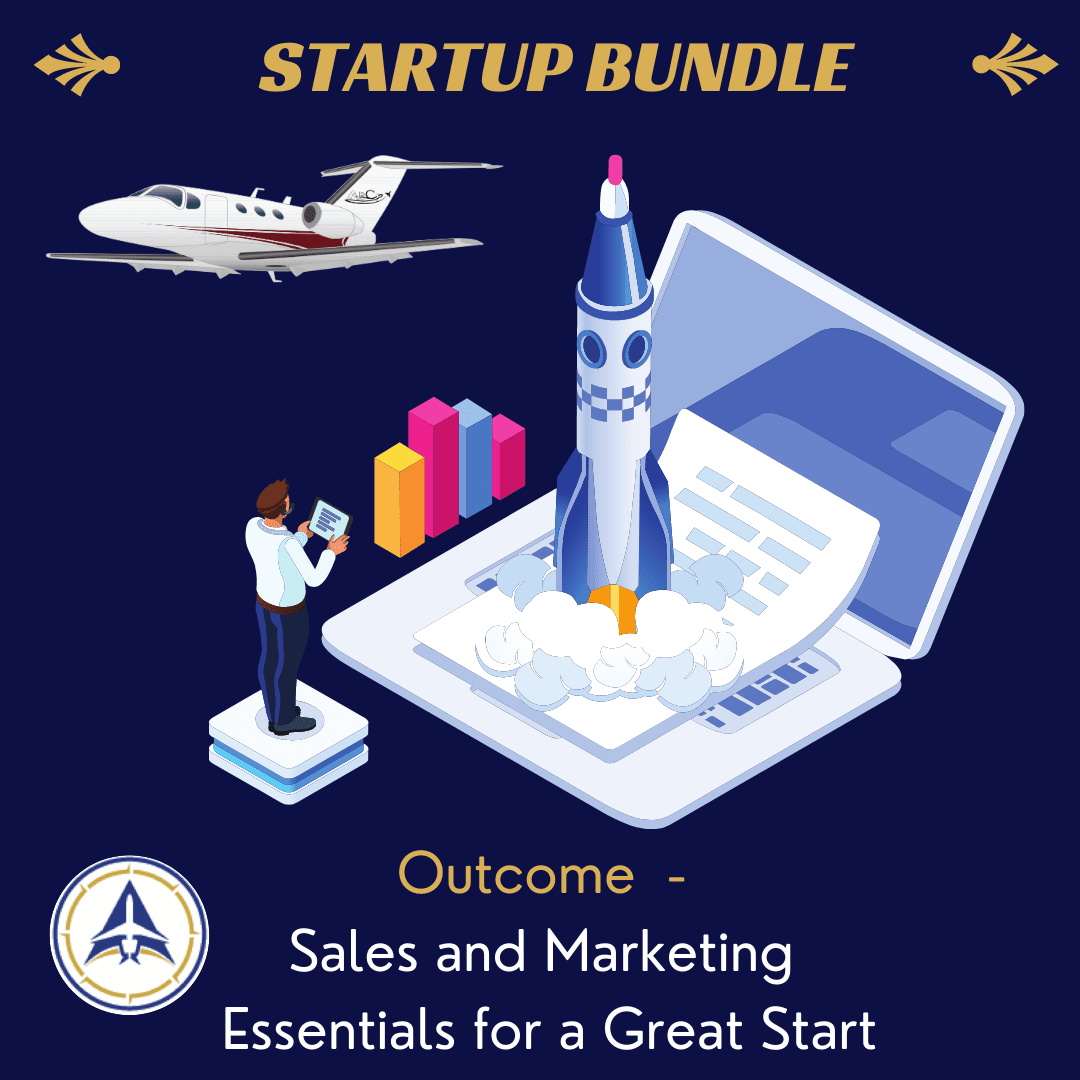